Skip to content
Home > Main > The Legacy of Toscana, Now and Into the Future 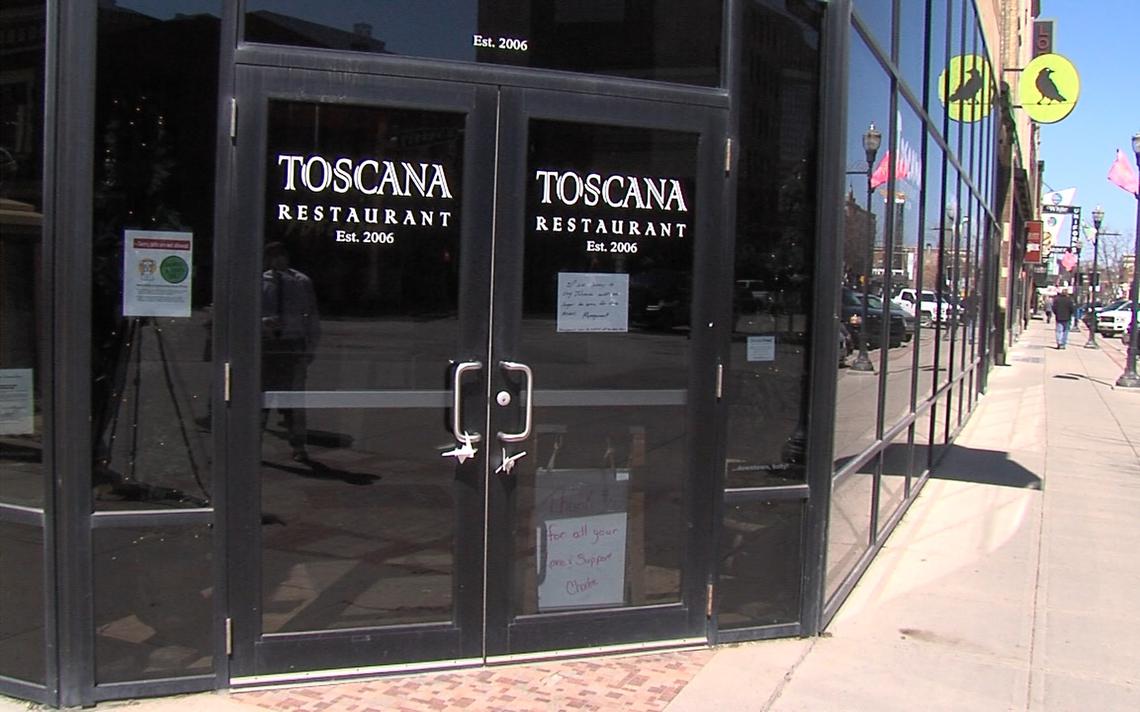 The Legacy of Toscana, Now and Into the Future

The basics are always the best way to test an ethnic cuisine. Therefore you might have wanted to try out something basic like the Tortellini alla Vodka, which was made using roasted red peppers, fresh mushrooms, and basil. It was bright, heady, and very satisfying. Their house-made Tuscan Lasagna was also to die for. There were a couple more pasta selections available. Tortelloni al Forno was made up of large cheese tortelloni dipped in creamy meat sauce, and baked in parmesan and mozzarella cheese.

Zuccotti featured a large cheese tortelloni sauteed with mushrooms in infused butter sage mascarpone sauce. Another hard to miss item on the menu was the Penne Mare Monti which consisted of sliced chicken, shrimp, peppers, tomatoes and onions, Mushrooms tossed with penne pasta in Toscana’s signature cayenne pepper Parmigiano cream sauce. Other selections on the pasta menu included Fettuccini al Pollo, Fettuccini con Asparagi, Spaghetti all’ Arrabbiata, Aglio Olio e Peperoncino, Penne Gorgonzola, Tagliolini al Granchio, Spaghetti Primavera, and Spaghetti Prosciutto e Piselli. If you chose to have dessert, you could go with a soup or appetizer. You could then end any of the exquisite meals on the menu with a well-made cup of coffee.

Toscano had a selection of over 40 types of wine, including French and Italian red and white wines. House features included Hess Select Cabernet, Avalon Cabernet, 2 Vines Merlot, Columbia Chardonnay, Starling Castle, Pinot Noir by MontPellier, Luccio, Shania, and Da Vinci by Chianti. Some of the Italian white wines included Tenuta Polvaro Oro, Umani Ronchi, Campogrande Orvieto, and Maso Canali. Italian red wines included Caparzo Brunello di Montalcino, Saia Nero D’Avola, Marchesi di Barolo Maraia Barbera di Monferrato, and many more. Of course, no wine list would be complete without including French wines. Toscano’s wine menu featured an excellent selection of French white and red wines. French whites included Macon Village Chardonnay, Pouilly Fuissé, and Les Charmes Chardonnay. French Reds included Chateau Haut-Bergey, Chateau Labegorce, Chateau de Landiras, and Chateau d’ Hanteillan. The restaurant also featured other selections of reds and whites. The wine prices ranged from about $6 a glass to over $80 a bottle. When it comes to the world of wines, it is vital to keep in mind the fact that the price of a bottle of wine is often not correlated with quality.

Death of Mirco Morganti and the Closing of Toscana

Mirco Morganti died unexpectedly on April 16, 2020, and shortly after his passing, the Morganti family decided to close the restaurant. On April 22, 2020, Toscana Restaurant posted an announcement on their Facebook page stating that after much thought and consideration, they had decided to close the restaurant. Toscana was the birth child of Mirco, and he had put all his heart into it for over 14 years. Toscana would be his Legacy forever. The announcement further stated that the restaurant was putting everything up for sale, these included kitchen equipment, chairs, tables, decorative items, and food items. (It remains to be seen if Harris and Harris will be assisting with the financial aspect of the sale.) The announcement concluded expressing gratitude and stated that the Morganti family was thankful for the opportunity to serve the Fargo community.